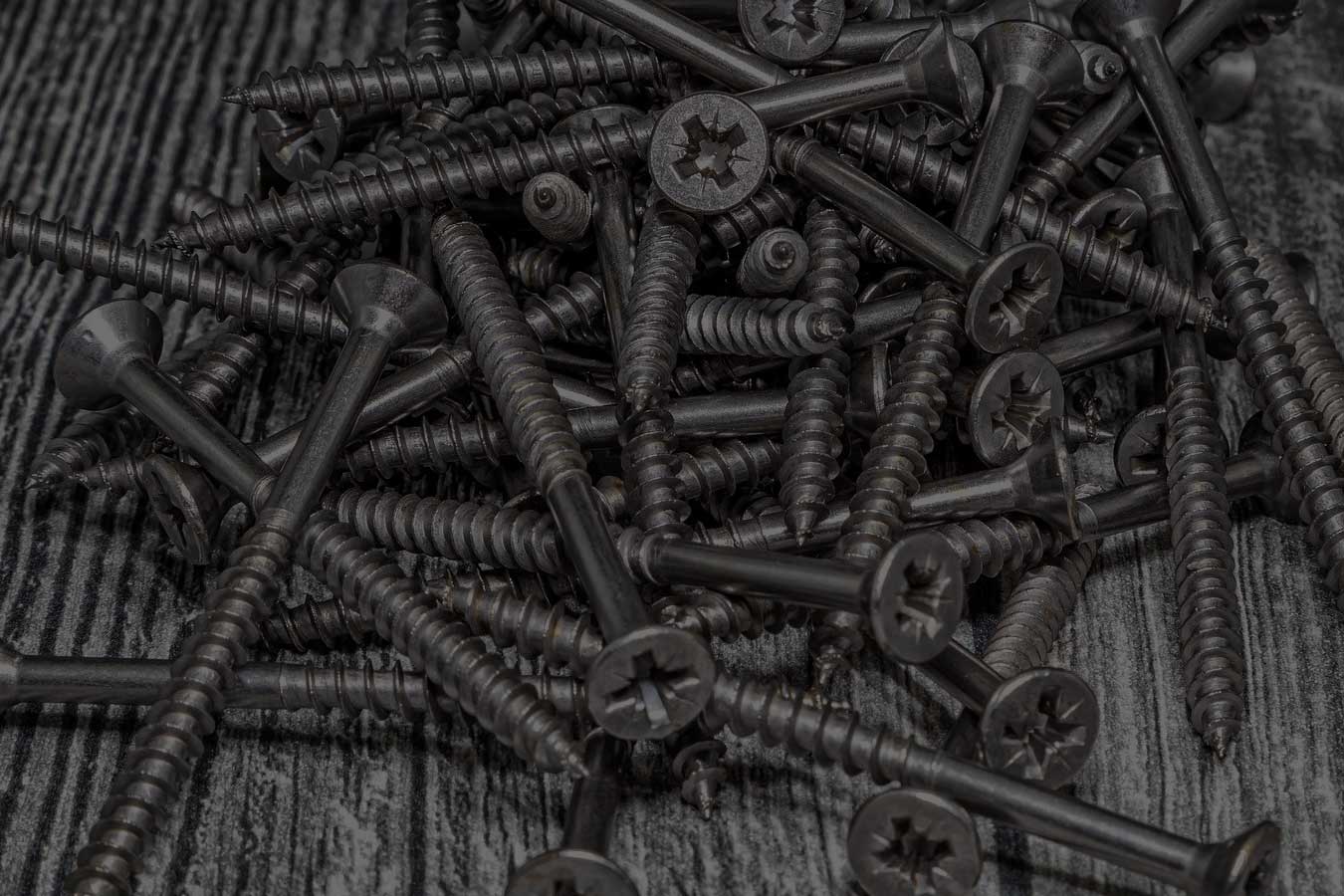 Nailing V’s Screwing Your Deck – Which One Is Better?

Building a deck is indeed one of the most rewarding home extensions that you can make. Not only do decks add value to your home, but also serve as an amazing place to relax or throw a BBQ party on those warm summer days. If you are considering timber decking, you will need to decide whether to use screws or nails as the fastening device. Let’s go over these two main types of fasteners so that you can make an informed decision.

Should I use Decking Nails or Decking Screws?

One of the biggest differences between using nails and screws for timber decking is the price. Hot dipped galvanised nails are commonly used for deck building. These nails are economically priced and provide great corrosion resistance. On the other hand, deck screws are available with various coatings and they do differ in price. Stainless steel screws are the best in terms of corrosion resistance, but are a bit expensive. Whereas galvanised screws are cheap but less effective in terms of rust resistance. Coated deck screws are the most popular, and less expensive than galvanised and stainless steel screws.

The labour costs for installing decking screws is also higher than using decking nails. Decking nails are usually installed with a ‘coiled’ air gun, with a ring shanked some head. This saves a great deal of time, and, therefore, labour costs. Because installation is significantly faster.

Ultimately, deck nails are cheaper than deck screws, but the extra expense of screws is agreed by most home owners as they last longer.

When you consider using soft wood timbers – such as treated pine, pre-drilling is not required for nailing. However, for hard woods such as Merbau or Spotted Gum, pre-drilling is crucial to prevent splitting of the timber.

To install deck screws, the need for pre-drilling is determined depending on the hardness of the wood. For hard woods, pre-drilling with a countersink bit is essential. Whereas soft woods do not require pre-drilling.

Hardwood timbers usually expand and contract with changes in season and temperature. When nails are used for hardwood decking, they will be pushed up eventually and become a hazard on your deck. Even if you hammer back the nails in, they will pop-up again. However, this is not the case with deck screws. They have pop-resistance and securely clasp the subfloor with their threads.

This superior fixing strength also helps to minimise ‘cupping’. Cupping refers to the way in which the edges of your decking boards become raised as their moisture content changes. This results in a curve in your boards from the centre, outwards. Screws provide greater strength and holding ability, minimising the chance that your boards will cup.

Once nailed, your decking boards will be extremely difficult to remove without damaging the board, or surrounding decking. Decking screws can easily be removed when maintaining your deck, without causing damage.

Should the need arise to sand your deck, it is impossible to sand the surface when nail heads sit above the surface of the deck. You will need to ‘punch’ every nail down further into the timber so that the sander can pass over easily. This can be very time consuming and may result in splitting your decking boards.

Decking screws, on the other hand, can easily be removed (near the boards ends to minimise splitting) or driven deeper into the timber so that the sander can go pass over them unhindered.

If you don’t like the look of screws, or the shortfalls of decking nails, then you might consider hidden fixings.

Again, slightly more expensive than decking screws, hidden fixings provide all the benefits of screws, but keep your decking boards looking clean and free from screw or nail heads.

Hidden fixing systems are available for Merbau timber decking and composite decking. The decking boards have a groove in either side of the board where spacing clips are placed. Screws are then drilled through the spacers into the joists – meaning that both the spacers and screws are hidden in the board spacings and not on the surface of your deck.

Still not sure which one to go with? Why not call Leisure Decking on 0408 565 561 and consult with our deck builders now? We are happy to help with any questions you may have.

Building a deck is a highly specialised form of carpentry. It takes years of learning and building to master. For us, it’s all about using the best quality materials and laying the right foundations. That means getting to know you, and spending the time getting the sub-floor absolutely right.

Decking is beautiful. But it’s what’s underneath; the groundwork, that matters most to us. As they say – “The beautiful rests on the foundations of the necessary.” Without a solid foundation, you will never achieve a flawless, lasting result that truly functions for you. 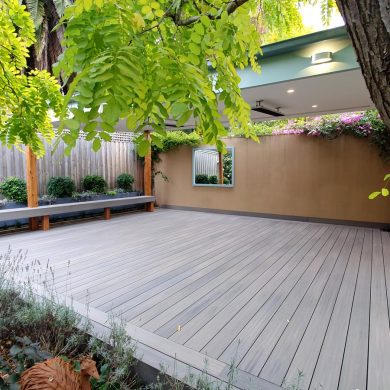